ON MY MIND: This White Man’s Responsibility (Part 1) 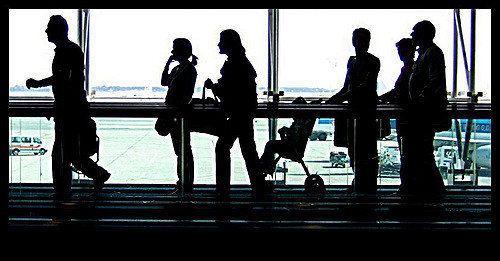 Back in the 1980s, I was at a small regional airport with a colleague named Michael. We were traveling together, running late and at risk of missing our flight. I suggested we sprint to the gate. Michael looked at me and said, “Larry, a guy who looks like me, particularly on a day I’m dressed in jeans and a sweatshirt, doesn’t sprint through this airport.” At first, I thought he was joking. Then, I understood. We walked silently to our gate.

That was the day I awakened to the stark contrast of a black man’s reality in America with the privilege that I took for granted. That was the day I recognized how, unlike Michael, I could run, talk back, dress sloppily, take a stand, and be careless with my words and actions with little consequence. I knew racism, sexism, and bigotry existed. I had worked for a civil rights organization out of college! But I had not truly owned my privilege as a straight white man categorized by society as normal, safe, and worthy of respect. Nor had I fully embraced my responsibility to use my unearned privilege to take on inequity.

This three-part blog is my attempt to do just that. It’s a personal exploration of privilege, responsibility, and integrity. I feel certain I won’t “get it right” in everyone’s eyes but hope that it will provoke new questions and conversations among my readers.

I can appreciate why the term “white privilege” is charged for white men: 1) just because a man is white does not mean that he lives an adversity-free life, and 2) there are plenty of white people who have overcome barriers to gain what they have. These two indisputable truths co-exist with a third truth – white men have greater access to institutional power and resources than do people of color. Decades of research show this to be true. But findings from a study conducted by Pew Research Center show that only 46% of white people believe they benefit “a great deal” or “a fair amount” from advantages that society does not offer to black people. So, white people are disproportionately advantaged and blind to our own privilege.

Since that day in the airport, I have become more aware of my advantages and of how comfortable (and at times complacent) I feel in a world that treats me as someone who “belongs” no matter where I am. Even though I am increasingly “the other” — Jewish, almost 60 years old, and beginning to show signs of a physical disability – I sense that I’m perceived by people who do not know me as non-threatening, financially reliable, and competent.

What if taking on white male privilege in our workplaces and communities was a 21st-century leadership capacity? When I think about my own desire to be this kind of change agent, three questions arise:

* What is my particular responsibility as a straight, white male in creating a more equitable system alongside people of color, women, and LGBTQ individuals?
* How can I recognize and stop being complicit in systems that foster inequity?
* What does it mean to become an effective ally in creating a world that works for everyone?

I want to be clear that these are my questions. I am offering them as an invitation to explore your own questions, wherever you sit on the spectrum of power and privilege in our culture. Please feel free to share your reflections on my questions and offer your own in the comments section below.

As you submit comments and exchange views online I ask that you do it in a way that fosters the world we want by extending grace and patience to yourself and one another.