ON MY MIND: This White Man’s Responsibility (Part 2) 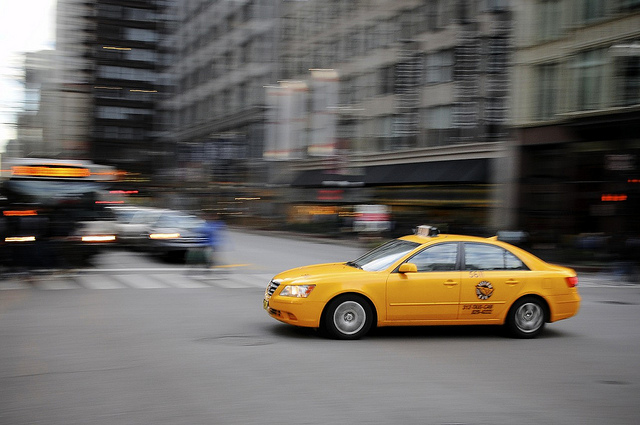 Last week’s blog explored some initial thoughts about what it means to lead responsibly as a straight white male in our culture. I shared some questions I’ve been asking myself for a long time. This week I’ll explore what I call the “inner work” of taking responsibility in a world that favors people who look like me. First, a story.

Back in the late 1980s, I was a consultant in my first year of a new job. My boss got the flu so he sent me to New York in his place to facilitate an organizational restructuring process for a client. To say I was nervous is an understatement. I was in the back seat of a cab en route to the client’s office, poring over my notes and trying to reassure myself that I was prepared. But, the cab driver, who was a black man about my age, wanted to chat. “What do you do for a living?” he asked. I felt annoyed and gave him a curt answer, “Consulting.” He pushed, “What kind of consulting?” Again, I tried to keep it short, hoping that he would get the hint. “It’s called organizational development.” “Ah!” he answered. “You’re an OD consultant.” I wondered how he knew this term but looked down at my notes. No luck. He pressed further. “So, what kind of project are you working on here in New York?” I tried to answer in terms I thought he might understand, “I’m helping a company reorganize.” Without a beat, he responded, “Oh, so you’re probably drawing on the work of Galbraith and Mintzberg. Is your client considering a matrix structure?” I looked up from my notes and could see him grinning in the rearview mirror. I closed my notebook, smiling for the first time that morning and asked him, “OK, who are you, and why are you driving a cab?”

It turned out my chatty cab driver had earned a master’s degree in organizational studies from Yale. He had worked for one of the most prestigious consulting firms in the world (the same firm that had rejected me after a single interview) and then decided that life in a large consulting firm was not for him. He invested in a small fleet of taxis and got behind the wheel every few weeks to learn more about customer needs. For the remainder of the drive, my cab driver schooled me on many aspects of my work. He was responsible for any success I had with my client that day.

Even after twenty years, I still feel shame when I share this story. It’s a reminder that, despite the fact that I was raised in a home that embraced civil rights and equal opportunity, I carry biases about who is and is not worthy of being my teacher based on presumed race, socioeconomic status, job, and education. Since that day I’ve made it a point to chat with all my cab drivers (and to hear their stories) each of whom has shared a piece of wisdom I’ve held onto.

That said, this straight, white man’s responsibility is first and foremost about self-directed or inner work. Here are some starting points that have worked for me:

Accept that white privilege exists. A favorite article of mine is White Privilege: Unpacking the Invisible Knapsack by Professor Peggy McIntosh. Her thoughtful writing has helped me to understand the ways in which white men gain advantage and power over others when we unconsciously enjoy or consciously perpetuate inequity.

Learn about my blind spots. I have them. You have them. We all have them. Social scientists call them “implicit biases.” Blind spots are unconscious attributions (positive or negative qualities) that we assign to particular social groups. I learned much about this by listening to Krista Tippet’s podcast interview with Harvard psychologist, Dr. Mahzarine Bajani. She has developed a series of online tests on gender and racial biases. I’m a better ally when I’m aware of my implicit biases and their impact on my decisions and actions.

Move beyond guilt and defensiveness. I often feel guilty about the fact that I am advantaged in our current social system. I know that I am a better ally when I move past guilt – when I give voice to my sadness and anger about the inequities that exist in this world. I am also a better ally when I realize that my privilege is not the problem. It’s my complacency and my complicity. Author bell hooks wrote: “We have to share our resources and take direction about how to use our privilege in ways that empower those who lack it.” Moving beyond guilt means deciding I have a role to play in redressing inequity.

Invite discomfort. One sign of privilege is that I get to be socially comfortable most of the time. My views, actions, ways of being are almost always acceptable and valued. Stepping outside of my comfort zone means inviting feedback about the ways in which my beliefs and actions (or inaction) perpetuate inequity. It means putting my body and status on the line to stand with people who seek justice. Inviting discomfort means walking toward that which might feel unfamiliar, confusing, even threatening to my identity or personal interests.

What I have described above is a starting point for challenging white male privilege. Doing the “inner work” represents a commitment to take on my own ignorance, complacency, and complicity. There are also ways in which we can take outwardly directed action. I’ll write about this work in Part 3 of this blog. For now, I continue to invite your comments and reflections.

NOTE TO READER: This three-part blog is a personal exploration about what it means to live and lead as a white man in today’s world. It’s a reflection on privilege, responsibility, and integrity. I hope it will provoke new questions and conversations among my readers. As you submit comments and exchange views online I ask that you do it in a way that begins to create the world we want by extending grace and patience to yourself and one another.